The Royal Festival Hall in London was was opened in May 1951 as an important part of the Festival of Britain. As an 8-year-old boy I was taken to the Festival by my parents and it made a lasting impression on me. The organ was under construction and was installed ready for use in 1954.

Over the next few years a friend and I regularly took the Tube from home in North London to enjoy orchestral and choral concerts and organ recitals at the South Bank. I remember finding the auditorium breathtaking in its modernity, with a magical atmosphere all of its own. I cannot say when I first heard the organ, but it was a revelation. Its sound was like no other I had ever heard in England: crisp, bright, breathy, transparent and, above all, cheerful. I absolutely loved it!

I had heard some of the recordings of Helmut Walcha on the DG Archive label, and was smitten with the sound of the North German baroque organ, so to have a similar-sounding instrument in London was a real treat. It wasn’t long before I was able to hear Walcha himself when he came to London to play the new RFH organ.

Moving to Bristol put rather too many miles between me and the RFH and my visits stopped. 50 years later I was saddened to learn that the organ had become unreliable and that it had been removed in 2005 as part of the renovation of the hall. Then I heard about the campaign to raise money for its restoration: given my affection for the hall and the instrument it didn’t take me long to decide to sponsor a pipe, and I wanted it to be a 16ft one!

My reward was a letter of thanks from Alan Bishop saying that they’d chosen for me the “D in the first octave of the Great Bombarde”, and adding that “the lowest four notes of this rank are full-length pipes which are visible from the auditorium”. Click the picture on the left to see its exact location with a little lasso.

I am delighted to be counted amongst the supporters of the project and immensely proud of my association with this particular pipe. Over the following couple of years,  I received invitations to several rather exclusive tours and recitals, some of which are illustrated here.

December 2013 – Invitation to a demonstration by Harrison & Harrison’s Head Voicer Andrew Scott, and to view (and play, for those talented enough!) the nearly completed instrument.

Informal recordings from the tour:

2014 With the organ complete, an invitation to a champagne reception and a private recital by the Curator, as final preparations are made for the Pull Out All The Stops Festival in March-April 2014

The LPO about to play the Saint-Saens 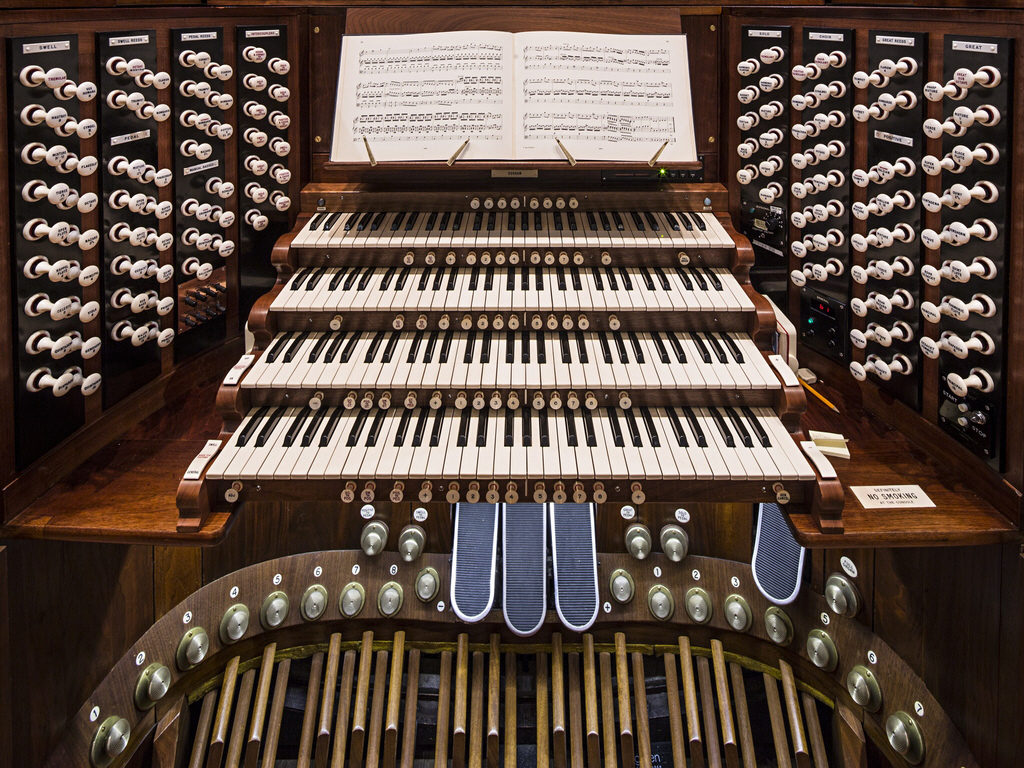